Car & Driver via Autoblog — Car & Driver runs an annual event called the Lightning Lap.  They get the fastest cars in the world together, and run them all on the same track under similar conditions and publish the results.

This year they included the 2009 Cadillac CTS-V in the mix.  How did the new high performance Cadillac do?  Amazing.  Check the details.  The new Corvette Z51 won for under $60K; but the CTS-V posted the 2nd highest times in the event for vehicles under $60K, and 6th highest overall of 22 performance cars!  Go Cadillac!

Remarkable thrust from the LSA [The Cadillac CTS-V has an LSA engine] with no hint of the angry bull bellow that afflicted the previous CTS-V. Remarkable, too, is its six-speed manual gearbox, providing precise shifts and crisp engagements. Remarkable balance, allowing the driver to drift and pivot this big sedan with ease. Remarkable brakes, offering formidable stopping power without a hint of fade, lap after lap.

The BMW M3 came in just behind the new CTS-V, followed by the Mercedes C63 AMG.  Not sure why the new Corvette ZR1 was not in the test.

The Cadillac did 0.92g’s in the first section; have to love that. 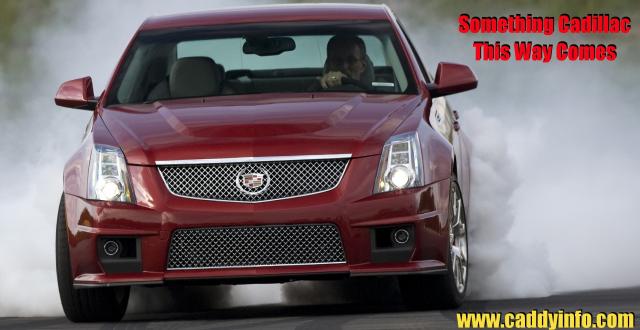 I know, 6th. But the first five were the Mosler MT900s, Dodge Viper SRT10, Ferrari 430 Scuderia, Nissan GT-R, and Corvette Z51. Very fast company, and none of them have four door, four seats, and Cadillac luxury.